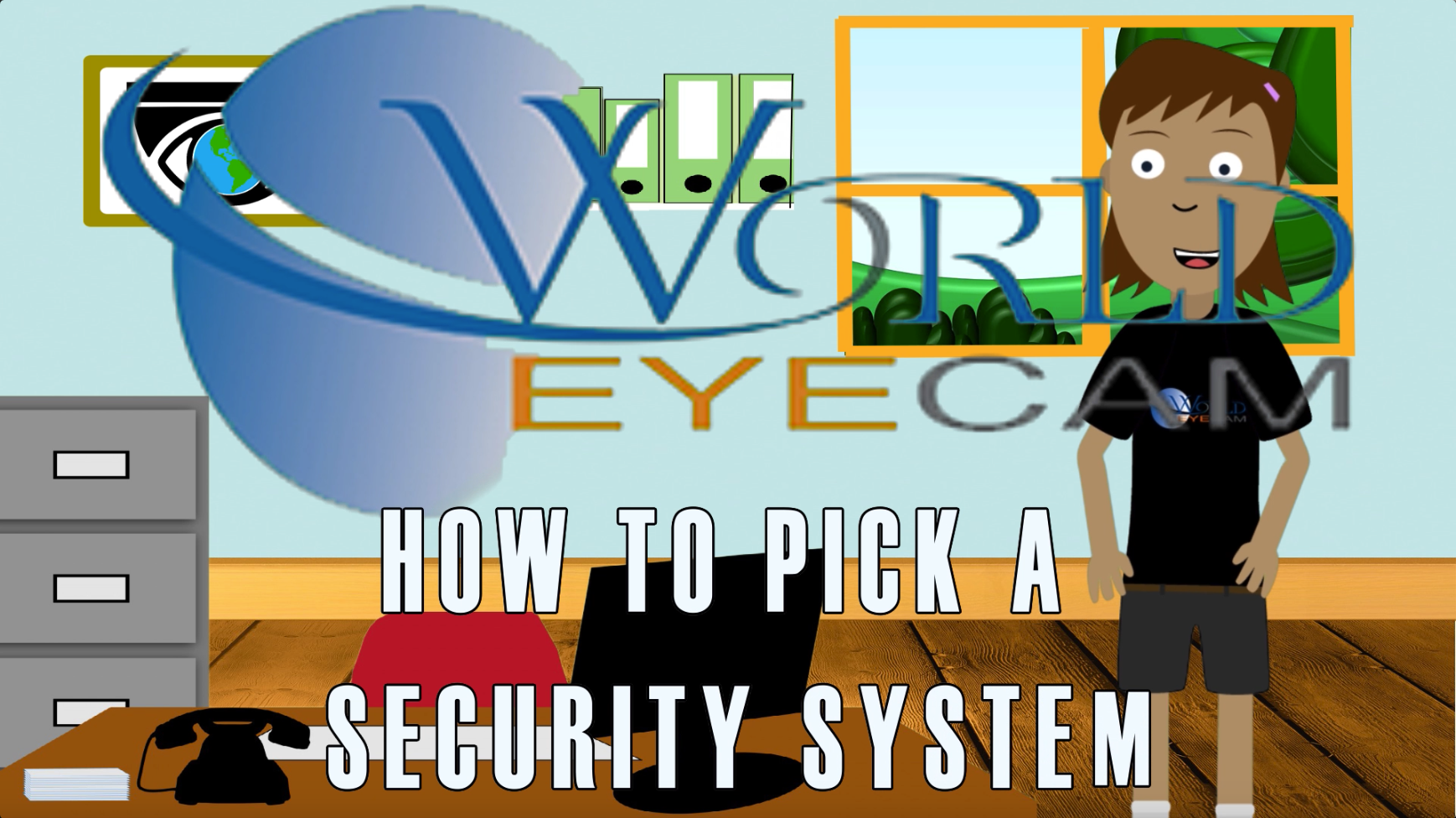 How to pick a security camera system?

If you find yourself looking for a security camera solution, you’ll quickly realize that there can be a dizzying number of options for you to choose from.  The amount of information and technical terminology and concepts you come across is enough to make your head spin.  You could decide to deeply educate yourself on each of your options and carefully weigh them against each other on your own… but who has that kind of time?  WorldEyeCam would like to simplify this process for you by giving you a quick guide on how to pick a security system.

So let’s begin with some basics.  There are three types of security camera: Analog, HDCVI, and IP.  Analog cameras came about during WW2 and are still using the same technology today.  Analog cameras transmit video over coax cables, and require separate cables for other functions, like audio and PTZ.  They cannot display in HD, and like other technological relics, they’re on their way out, being replaced with HDCVI and IP technology.

The third type of camera is the IP camera.  This camera replaces the coax cable with an Ethernet cable, which (when connected to PoE) can also be used as a power cable.  IP cameras can transmit video over Ethernet up to 300 feet, and they can be used as part of a system with a Network Video Recorder (or NVR) or as a standalone camera.  They can be reached online at a network address.  (Fun fact:  Uniview brand camera systems can transmit data up to 700 feet!)

You can connect through the cloud to your DVR or NVR using a computer or mobile device and your router.

So now that you know the basics of surveillance camera systems, let’s talk about which kind will best suit you.

If you have existing coax lines and don’t want to run new cables, or have long lines you need to run and need video up to 4MP, HDCVI might be a good choice for you.

However, if you already have an existing network, need ultra HD video such as 8MP, 12MP and beyond, or you need to run new lines anyway, choose an IP network system.  It’s easily upgradable and will give you the highest quality video out there.