Technology is both great and terrible. While advancement and overhauls can have a few advantages, they can also bring about inconvenience.

Most of us really benefit from tech, however there are some people who just ruin it for everyone by continuing to abuse it.

One of these technological wonders is the security camera. It keeps us safe(r), while deterring those of us who are inclined to misbehave.

However, surveillance cameras have a couple of downsides too.

The good outweighs the bad though, and this progressive equipment keeps on being popular with anyone who is serious about staying safe.

In case you’re considering introducing surveillance cameras at your home or office, yet are still on the fence, this post ought to help clear things up. 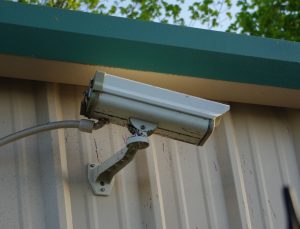 1. Deter Crime
This is the biggest and the most obvious benefit of installing security cameras. Once they are placed, you will be able to see their effect on people almost immediately. Even if they are placed discreetly, you will start feeling a sense of security, which is priceless.

Whether you install the cameras in your home or at the workplace, you can prevent crime from occurring. The mere sight of the camera staring back at them, and the sheer thought of getting caught red-handed are intimidating enough for mischief-makers to be on their best behavior as they would know that their identity and illegal activity have been captured.

Whether you’re experiencing problems related to theft, punctuality, or productivity, your security camera can provide you with the solutions. It empowers you and prevents your home and office from becoming easy targets.

2. Monitor Scenarios and Activities
It is extremely easy to work with security camera systems as they can be placed anywhere as long as there is a power source close by. They come in all shapes and sizes; some are tiny enough to be hidden in plants, pictures, photo frames, etc. Depending on your needs you can buy either hidden cameras or mountable ones.

Never let anyone or anything suspicious out of your sight with security cameras. And while it is recommended that you avoid buying dummy cameras, one cannot stress enough on the importance of fixing real cameras as a solid security measure. Criminals are smart and dummy cameras give themselves away, so there’s really no point in having them.

Real cameras, on the other hand, are extremely helpful as they enable you to monitor the activities of people visiting your home and office as well as the goings-on at these places. This is a great way to detect suspicious people and keep tabs on their activities. 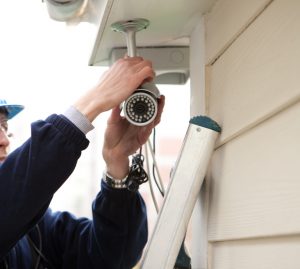 Having cameras installed in strategic places comes in handy when you need to monitor actions and words of people or during an event. Modern security cameras are not only equipped with high-quality video capabilities, but audio as well. The clear images coupled with flawless sound makes them more efficient than ever at recording a series of happenings.

This is particularly helpful when dealing with a legal scenario, wherein the eye witness may have forgotten a certain important detail or may be providing with an accurate account of what really transpired. With a security camera, the legal authorities can see the series of events as they really unfolded.

4. Arrive at the Right Decisions
Footage from security cameras can help you make correct and fair decisions when settling disputes, both in domestic as well as professional scenarios. Whether it is dealing with a situation involving disagreements within your family, among your employees, or between a customer and your service staff, your doubts can be laid to rest with the help of your camera.

Incorrect, inappropriate or fabricated claims made by customers or other authorities can be sorted out when you make your security camera your ally.

5. Maintain Records
So you got to know of something that happened outside your home or office about a fortnight ago and curiosity is getting the better of you? You can douse it by simply looking up your security records. Cameras record and document everything they see systematically, i.e. as per the date and the time of the event.

Whether it is a crime or a minor tiff, your camera chronicles it, thereby making it easy for you to investigate the actual happenings. 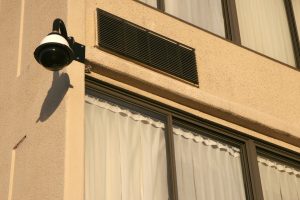 1. Privacy Is an Issue
There have been a few instances in the past where security cameras have stirred up controversies, especially in professional setups. There have been cases where employees have objected to being under constant surveillance without their permission and citing the ‘invasion of privacy’ as the reason. A few have also resorted to taking legal action against their employers in relation to this.

Critics of security camera systems have taken offense to them being placed in offices and argued that doing so implies that the employer has either already assumed or is convinced that his employees are up to no good and will do something wrong which is why their activities need to be recorded.

2. It Can be a Costly Affair

While dummy cameras may not be expensive, the real ones costs hundreds, even thousands of dollars depending on the features and the number of cameras and monitoring systems you buy. Getting them installed and their maintenance means added costs. If you’re thinking of installing them yourself, lay that idea to rest unless you have good knowledge of wiring systems or you may end up damaging the cameras.

3. They Can be Vulnerable
When we, as users of security cameras, try to keep ourselves updated on the latest in security systems, we should not forget that intruders and criminals are doing the same too. A clever trespasser will probably know all about them and may have figured out a way to go undetected.

Further, tech-savvy criminals might have understood the technology and worked out ways to disable/disconnect them from their power source. Plus, if he detects your cameras as fake/dummies, they can be utterly useless in any crime prevention.

In worst cases, hackers can play havoc with your security camera system by using the Internet and use them to spy on you instead.

This makes security cameras vulnerable to damage and/or misuse.

4. Can’t Stop Theft
Cameras enable users to record footage for later viewing, and to help nab criminals, and receive justice from the law. They cannot, however, stop a crime when it is in progress. They do not alert neighbors or the police like an alarm system would. This means that you will incur losses even as you run to the court, make insurance claims and reorder stolen inventory, which may no longer make you feel absolutely safe and even cause you to lose faith in them.

Conclusion
Before making the important decision of installing security camera systems, it is better to be equipped with complete knowledge about them, as that will enable you to make an informed decision and help you choose a camera that fulfills your needs and expectations. Once you’ve weighed the pros and cons of setting up this technological marvel, you will feel better about your choice.
Click here for a full array of dummy camera options to try out.